How well do you know the natural history of the Black Hills? 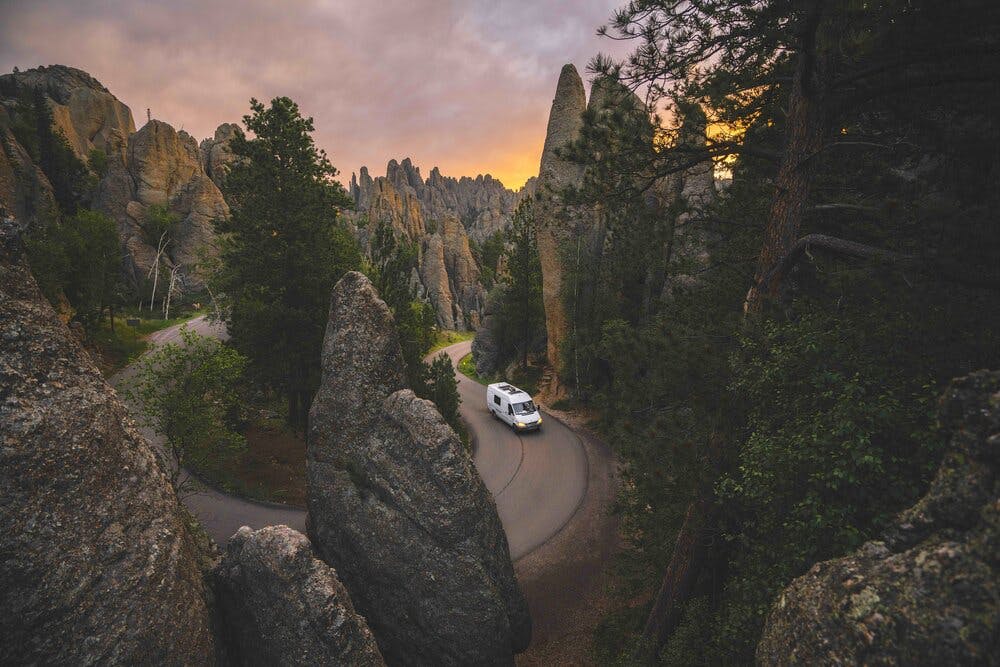 The Black Hills are a special place, but how much of the natural history do you know about them?

Here is a brief look at the natural history of the Black Hills:

The Black Hills were formed by what geologists call an “uplift” near the end of the Cretaceous Period. This mountain building uplift was marked with volcanic activity centered in the Northern Black Hills around the Black Elk Peak (formerly Harney Peak) area.

This fast uplift in the Earth’s mantel created a target like layout with rings of different rock formations circling out from the center. The most famous of these formations are the “needles”. These spire like formations near Mount Rushmore, were originally planned to be carved into famous old west figures such as Wild Bill and presidents however, they were determined to be not suitable for carving and the plans to create Mount Rushmore moved forward.

The name Black Hills comes from the Lakota word “Paha Sapa”, which means hills that are black and describes how the formation looks as you are approaching it. With a dense forest casting shadows on the granite foundation the appearance as you approach is a nearly black hill formation.

Other minerals that comprise the area are pegmatite and metamorphic rock (a rock that arises from the transformation of existing rock types). Pegmatite has a composition similar to granite but is abundant with quartz, feldspar and mica. They are sometimes the source of valuable minerals like ore of lithium, ore of beryllium and can be a source of gemstones. 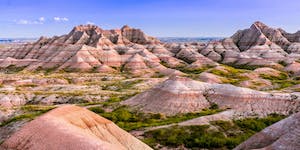 How the Badlands were made?

No trip to the Black Hills would be complete without a visit to the Badlands. This geologic formation looks like a landscape one would encounter on Mars and as such it has been featured at the background for many interstellar films, such as Armageddon.

The Badlands are the youngest of the formations in the greater Black Hills area and were formed by two geologic processes, deposition and erosion. The surface of this area was covered by a great land sea at the same time of the uplift that created the Black Hills. When the hills uplifted, the sea drained and was replaced by river channels that deposited new layers of sediment every time a flood occurred. The river eventually began to carve out the landscape creating the deep valleys and eroded spires visitors see today. 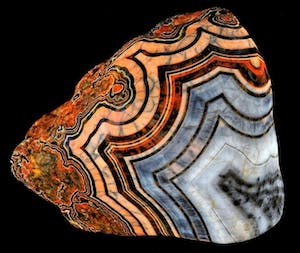 What’s so special about Fairburn Agates?

It’s not surprising if you have never heard of Fairburn Agates, after all they can only be found in South Dakota. More specifically 12 miles NE of Fairburn, S.D.  in Custer County.

These rocks are best identified by colorful and sharp leaf branding that is revealed when the rock is broken. The color scheme of each agate is completely unique from one to another often mixed in rich tones of red, blue, purple, brown, white, black, yellow, pink and orange. Making them a highly sought-after collector item and valuable.

Fairburn Agates were formed initially in the limestone layers at the bottom of the ancient sea that once covered South Dakota. Silica and other trace minerals began replacing the limestone and created nodules. This process is what created the colorful banding that we see today when an agate is opened.

The agates laid underground until the uplift event of the black hills caused them to be unearthed. This event and several other events that caused a repeat process of unearthing, weathering by the elements and re-burial of the Fairburn Agates gave them their unique shape.

Fairburn Agates vary in their value but can be worth upwards of $1,000 depending on size, shape and color. The best part, is they are just out there in the prairie of Western South Dakota, waiting to be discovered.